Posted by No Kids, Will Travel on February 9, 2020 in Bahamas, Travel, Uncategorized

The Coco Beach Club is the result of a $250 million transformation of the small cay in the Berry Island chain in the Bahamas. The beach club built for the exclusive use of Royal Caribbean guests touts the first floating cabanas in the Bahamas. The resort also includes an oceanfront infinity pool, beach cabanas, a dedicated restaurant an exclusive bar. The development of two swimming beaches Breezy Bay at Chill Island and South Beach. Coco Beach Club has a total of 20 floating cabanas bring a bit of Bora Bora to the island.  The cabanas are each equipped with a private slide into the ocean, overwater hammock, dining area, freshwater shower, wet bar and an unbeatable view of the Caribbean sea for a day of indulgence.

We know we aren’t cruising people and we aren’t necessarily promoting the idea of cruising (not that there is anything wrong with cruising) but there is something special about what’s been done here in the Berry Islands.  The words we latched onto were FLOATING OVER WATER BUNGALOWS. You see it is very hard to get permits to build overwater bungalows, especially in the Carribean. It’s not because it’s a technical task, it’s because building these structures aren’t always environmentally friendly. The pillars can damage coral, the pipes and cabling that links them with water, power, and sewage can also cause environmental damage if not meticulously maintained. A floating platform in the United States, and most likely the Bahamas as well, is basically considered a vessel and is subject to frequent inspections by the Coast Guard. You also don’t have to worry about damage to the coral from the pillars as they don’t have any and harmlessly float on the surface of the water. Now, this isn’t disclosed but if they float don’t you think they might be able to be pulled a sure and tied down if a hurricane blows through so you don’t have to worry about them sinking to the seafloor.

So, we’d like to applaud Royal Caribbean for this innovation in design. We hope more people companies take their lead by designing environmentally sound structures that are beautiful and sought after.

If you aren’t sure where the Berry Islands in the Bahamas here are some maps…. 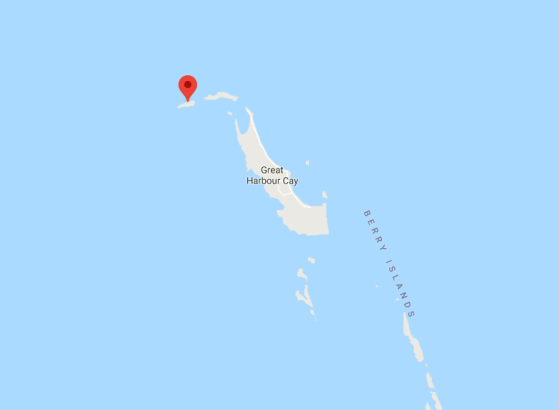 The island chain is halfway between Nassau and Freeport (Google)