Posted by No Kids, Will Travel on June 9, 2019 in Florida, Sports, Tampa, United States 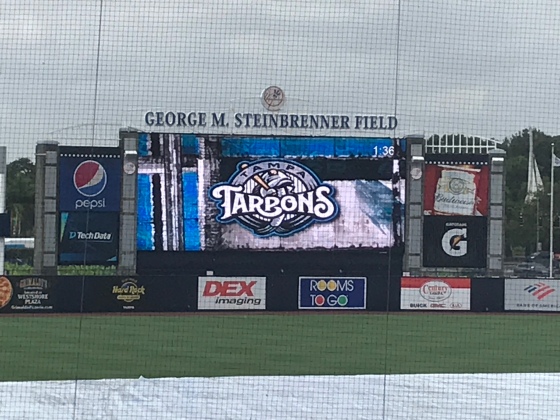 My earliest memories of professional baseball are going to minor league games in Hagerstown. The Hagerstown Suns were a Baltimore Orioles-affiliated minor league team at the time, so occasionally you would see a major leaguer that had gone down to the Suns for rehab. I had some of my best birthday parties at that minor league park.

I learned how to keep a scorecard under the tutelage of my father; a skill that came in handy when I got myself a job as an assistant coach for my sister’s softball team. I guess those memories are what has always attracted me to going to see a minor league game, even more so than the major leagues. The stadiums are never as big, the crowds as big or the lines as long. 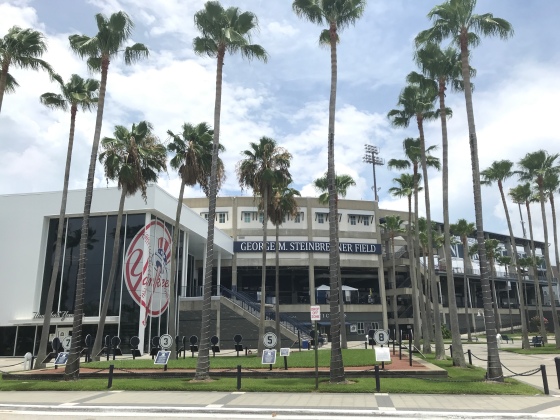 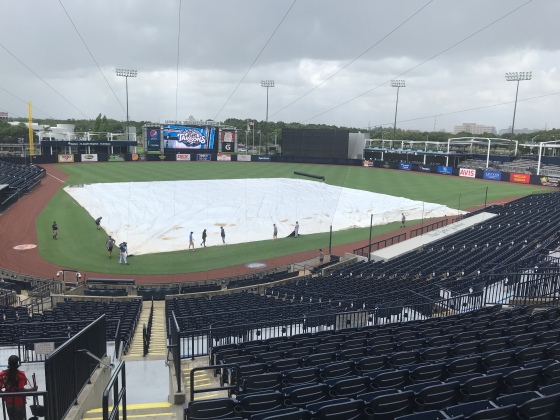 I decided to take a little time (and leave Amanda to do some work on a presentation without me distracting her) and go see the New York Yankees’ single-A affiliate in Tampa, the Tarpons. The team may be the lowest rung on the minor league but the stadium definitely is not. The Yankees use the stadium for spring training so it is one of the largest single-A stadiums I can ever remember seeing. 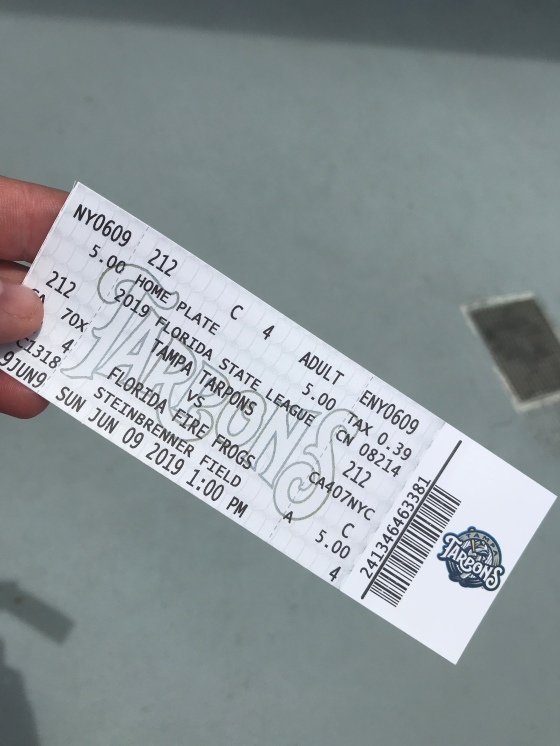 I got to the stadium and bought my $5 ticket at the window just in time for a thunderstorm to roll in; the game was delayed. The rain only lasted for about 20 minutes but there was an eye on the sky has several thunderstorms had been predicted for the day. I didn’t mind sitting under the overhang as the rain came down. I really didn’t have anywhere I needed to go. 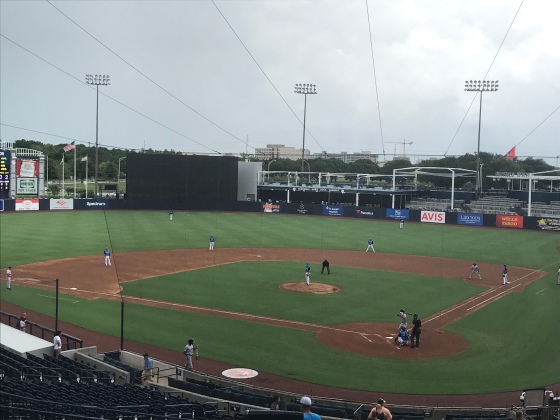 The sun was reluctant to come out but the game continued giving me a peek at my new home team.

← Under the Sea Out of the Sun
My Walk Through History →