What happens when the coolest aunt and uncle visit America’s Coolest Small Town? They report back to their niece and nephew-in-law for No Kids, Will Travel!

Budget Travel named Berlin, Maryland America’s Coolest Small Town in their 9th annual contest — earning more than 28% of the online votes cast in a field of 15 finalists. In the words of the Budget Travel editorial staff:

Like the beautiful backdrops in the films Tuck Everlasting and The Runaway Bride? Thank Berlin, where both movies were shot. Ready for a getaway that includes Maryland’s awesome Ocean City beach and boardwalk and gorgeous Assateague Island? They’re just a few miles from Berlin’s downtown (a National Register Historic District), which plays host to fun events all year long, from the regular farmers market to one-of-a-kind bashes like the Berlin Fiddlers Convention, New Year’s fireworks, Victorian Christmas (complete with horse-drawn carriages), and even bathtub races! Whether you’re a beach lover, hiker, kayaker, bird watcher, or history aficionado, put Berlin on your list of small-town must-sees (in fact, put it at the top of your list—we just did!).

Amanda’s aunt and uncle live a short drive away from Berlin and decided to visit (and add their cool to the area, however briefly) on their way to Chincoteague (famous for its cool wild pony population). 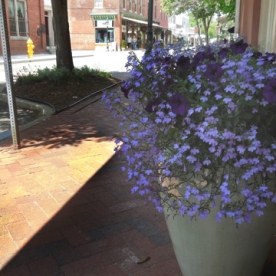 If you’re planning to visit Berlin, allow us to suggest these upcoming 2014 festivities:

After a stop to soak up the officially cool small-town Americana in Berlin, our aunt and uncle pushed on to Chincoteague to play with the ponies. 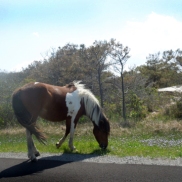 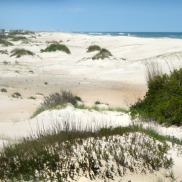 You can peek in on the ponies any time using Chincoteague’s Pony Web Cam.

If you’re familiar with Chincoteague and its ponies it’s probably thanks to Marguerite Henry’s award-winning children’s book Misty of Chincoteague, which she wrote in 1947 while staying at Miss Molly’s Inn on Chincoteague Island. The book was the basis for the 1961 movie, Misty.

One more travel tip from our aunt and uncle (and one that could come in handy wherever you’re traveling):

A good travel reminder for those 62 and over is they can get a life time pass to U.S. National Parks for $10.00. The regular fee for a one-week pass at Chincoteague and Assateague is $15.00.

You can pick up your Golden Age Pass in person at the park of your choice (they’re not sold online); read up about the deal here.

← Summer Reading List
Get Your Fix: Connecting with Your Caffeine →