A Trip to See Santa

Posted by No Kids, Will Travel on December 23, 2012 in Adventure, Planning, Travel

We all know Ol’ Kris Kringle lives in a gingerbread house sitting next to a candy cane pole sticking out of the snow with a sign reading “North Pole” written in frosting. This is proven by the number of photographs and drawings that depict the same building; I don’t think it’s a coincidence.  I am, however, concerned that his picturesque life of toy making and reindeer games is under threat by global warming. 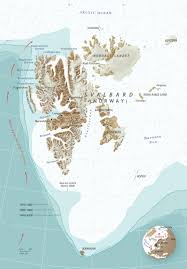 The science tells us that in the not-too-distant future the ice cap upon which Santa lives will melt away and since the jolly old elf will need new digs, I’ve got the place for him: Svalbard. Yes, you guessed it, the small archipelago in the Arctic that constitutes the northern most part of Norway.  The snow-covered islands known at the “Land of the Polar Bear” are sparsely populated and would be a great place for him and his family to set up shop. If you want to scout it out before the real estate goes through the roof because of the introduction of big Kringle money, here is what to see and do.

Have you ever wanted to go see polar bears? Svalbard has thousands, and plenty of experts to guide you.  The best and safest way to see the wildlife seems to be on a wildlife cruise around Spitsbergen, the largest island of the archipelago. The small ice-reinforced cruise ships take you along a jagged coastline covered in nesting birds, deep fjords and towering mountains. In the water surrounding the island you’ll see walrus, harp seal and the white beluga whale. On the pack ice you can watch families of polar bear hunting and bathing in the 24-hour sun of the arctic summer.  I found a few tour operators like Polar Quest, Voyage Trek Travel and National Geographic Expeditions that specialize in small group wildlife tours.

If you really want to get an up-close look at the island interior I suggest sledding. No, not pulled by reindeer, but by dogs, loveable dogs that love to run. The idea of standing on the back of a sled or sitting in the front of one as you move nearly silently across the ice and snow sounds exhilarating to me.  The companies seem to have some differing requirements, but you don’t need to be in top shape to have fun.  You just need to be prepared to handle the cold because the temperature can still drop below freezing in the middle of the summer.  I found two companies on the web that seem to offer nice packages Spitzbergen Travel and Nordic Visitor.

When you are finished your arctic adventuring and to get back to civilization, spend some time in the administrative center of Svalbard, Longyearbyen. The town of 2,800 people has hotels, restaurants, nightlife and if that isn’t enough to get you to visit, it’s also home to the Airship Museum. A whole museum dedicated to (in my opinion) one of the most elegant ways to travel. The Spitbergen Airship Museum chronicles the history of airship exploration of the arctic. I know, it sounds awesome.

I will admit a trip to the arctic isn’t on our list of destinations anytime soon, but it is one of those dream trips we’d, (or maybe just me because Amanda’s dislike of anything cold), like to do before we die. Besides, who doesn’t dream of finding Santa’s workshop?